AKRON-Nearly a month after she temporarily closed her bridal shop over an Ebola scare, a local bridal shop owner gets another shock.

Back in October, the owner of ‘Coming Attractions Bridal and Formal,’ made the decision to close after Amber Vinson visited the store during a trip to Ohio.

Vinson was diagnosed with Ebola just days after her visit to Ohio.

The bridal shop reopened a few weeks later after bringing in a professional cleaning company to sterilize the store and dresses.

Anna Younker worked personally with Vinson and said at the time she didn’t notice anything unusual.

She hasn’t heard from Vinson since the diagnosis or her recovery and  was shocked when she opened a letter this past Saturday.

Younker told FOX 8’s Lorrie Taylor Amber Vinson’s attorney sent her a letter asking for a refund of the deposits and payments made towards the  bridesmaids dresses. 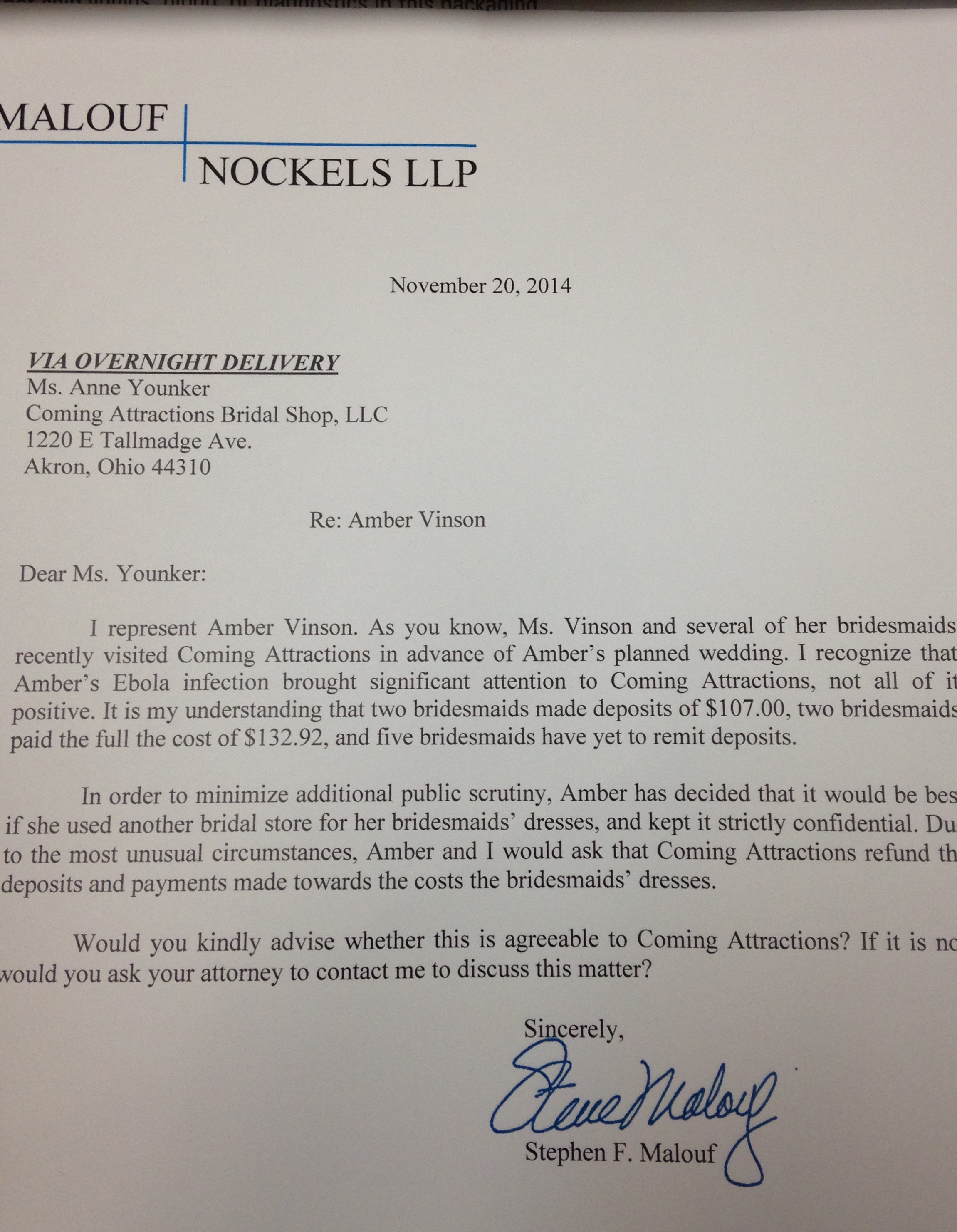 Younker told us the letter was a big shock to her and her husband. She had planned to reach out to Amber soon and didn’t expect this to happen.

She told us closing her store caused her to lose tens of thousands of dollars.

29-year-old Amber Vinson was declared free of the Ebola virus back in October.

Listen to her interview shortly before being released from an Atlanta hospital below.

**Click here for continuing coverage on the Ebola Virus scare.**

Woman airlifted to UH after falling at Whipp’s Ledges

Woman airlifted to UH after falling at Whipp’s Ledges

Patient thanks UH surgeon for saving life with tattoo

Cleveland leaders sending a message over the home …

Parents of Ohio teen who died in drunk driving crash …

Teen was in bed when she was shot, killed

Heart patient thanks UH surgeon for saving life with …

Biden comments on monkeypox as he leaves SKorea

Patient thanks UH surgeon for saving life with tattoo