BAY VILLAGE, Ohio -- Bay Village police will look to see if a mystery man identified only this week might have any connection to the disappearance and murder of ten-year-old Amy Mihaljevic.

But Chief Mark Spaetzel stresses that police are doing this only in the ordinary course of their work and that, right now, they have no information that ties that man to Amy's case.

On Thursday, authorities identified a mystery man as Robert Ivan Nichols, a WWII vet who earned a Purple Heart.

He had assumed the identity of Joseph Newton Chandler-- an 8-year-old Tulsa, Oklahoma, boy-- who died in a car crash in 1945.

Nichols took his own life in 2002 in Eastlake and his real name wasn't known until a DNA match was made to his son.

He left his wife and three children in Kentucky in the 60s, and first appeared in Ohio in 1978. Chief Spaetzel says his department would make sure that Nichols was even in the Cleveland area at the time of Amy's disappearance before even considering going to the expense of trying to do DNA testing.

Amy Mihaljevic disappeared in October of 1989 from a quaint Bay Village shopping plaza. She told classmates that she was going with a friend to buy a gift for her Mom. Amy's body was discovered in early 1990, near a remote road in Ashland County. 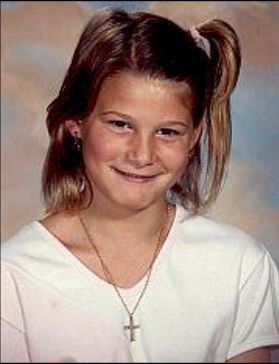 Bay Village police continue to work Amy's case. Chief Spaetzel says the work of retired FBI agent Phil Torsney has been enlightening to the case, though there have been no huge breakthroughs.

It took decades, but Torsney helped find Bulger living in hiding in California.

12 more confirmed cases of COVID-19 reported in City of Cleveland, no new deaths

*Watch the video above on coronavirus cases in school.*

CLEVELAND (WJW) — The Cleveland Department of Public Health has been notified of 12 more confirmed cases of COVID-19 and no new deaths.

PARMA, Ohio (WJW) — Cats and kittens from the hurricane-riddled south are looking for their furever homes in Northeast Ohio.

The Northeast Ohio SPCA Pet Shelter in Parma has announced plans to help out a shelter out of Foley, Alabama, which was was greatly impacted by Hurricane Sally. About 30 cats from that area are set to arrive in Parma this Tuesday (take a look at some of them in the photos above).

WASHINGTON (AP) — A woman suspected of sending an envelope containing the poison ricin, which was addressed to the White House, has been arrested at New York-Canada border, three law enforcement officials told The Associated Press on Sunday.

The letter had been intercepted earlier this week before it reached the White House. The woman was taken into custody by U.S. Customs and Border Protection officers at the Peace Bridge border crossing near Buffalo and is expected to face federal charges, the officials said. Her name was not immediately released.

12 more confirmed cases of COVID-19 reported in City of Cleveland, no new deaths

Hog wild: U.S. and Texas have ‘out of control’ population of ‘super-pigs,’ expert says

10-year-old girl fatally shot while she and another child were playing with a gun, police say