CLEVELAND-Fox 8 is proud to announce that Tom Merriman, Tom Meyer, and Carl Monday are returning to Fox 8 News as contributors to the I-Team.

Tom, Tom, and Carl bring a combined 130 years and 156 Emmy awards worth of investigative journalism in Northeast Ohio back to the I-Team.

“Experience matters. Especially when it comes to investigative reporting. We are thrilled to welcome back Tom, Tom and Carl, who along with  Bill, Peggy and Ed,  make up the Mount Rushmore of investigative reporters in Cleveland TV News history,”  says Fox 8 News Director Andy Fishman. 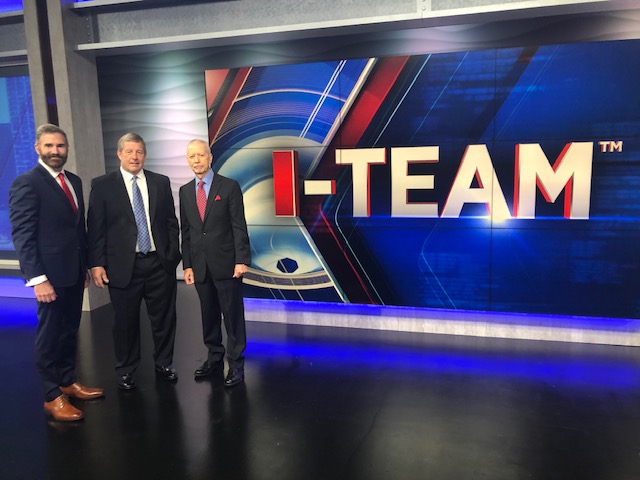 Here is what the new I-Team had to say about joining forces.

Ed Gallek  said,  “I think northeast Ohio looks to the I-Team to hold the powerful accountable and this allows us to do that even more than before.”

Carl Monday added,  “I’ve worked forty years, three TV stations in Cleveland, but there’s only one I-Team. There’s only one real, genuine investigative unit. And the chance to come back here, and cause some damage here in Cleveland, with the others who know how to do it right, it’s really an honor.”

When it comes to the landscape, Tom Merriman, managing partner at Merriman Legal, said,  “Citizen journalism is emerging more and more. And I feel like I’m a citizen journalist.To have the platform of the I-Team to hold the powerful accountable is a great privilege.”

“Few television stations in the United States have shown the commitment to investigative reporting that FOX 8 has over the past forty years. Adding reporters who helped to make the I-Team one of the best investigative units in the country will only enhance our ability to find and tell stories that will make a real difference to people here in northeast Ohio.,”  added Bill Sheil when it comes to the overall history.

Do you have a news tip for the FOX 8 I-Team?

Motorcyclist who struck moose plans to eat it

When will Ian impact NE Ohio weather: Here is the …

New Day Cleveland: What’s That Worth

10-year-old killed by train in Painesville

Motorcyclist who struck moose plans to eat it

Here is when Ian could impact NE Ohio weather