CINCINNATI, Ohio — Authorities are asking for the public’s assistance in identifying a woman who was found dead in Cincinnati on May 31, 2018.

According to a release from the Ohio Attorney General’s Office, a forensic reconstruction of the unidentified woman was unveiled on Monday.

A forensic artist created the clay facial reconstruction of the woman.  Authorities say Jane Doe was found beside a playground near an apartment complex on Glenwood Ave. in Cincinnati.

She was wearing a gray tank top, and gray pajama pants. The woman did not have any tattoos or prominent scars.

The word “Schrader” was written in black marker on the tag of the pants, according to the release. 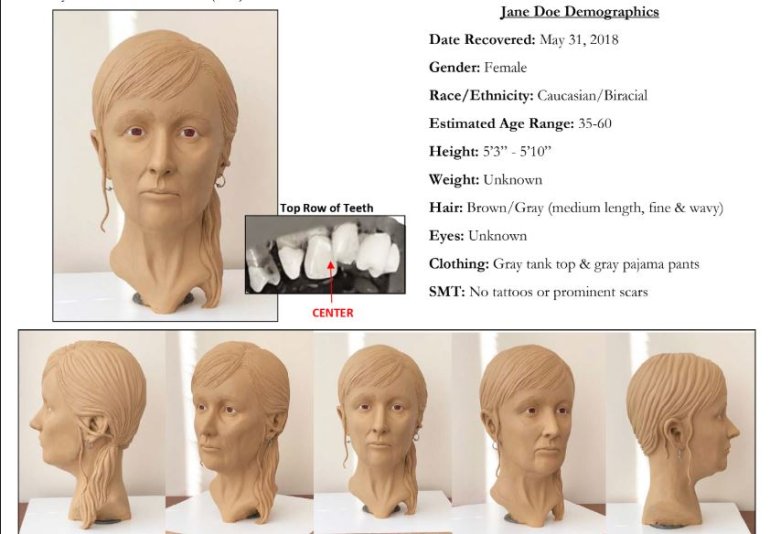 “No one should slip alone and unknown into the night. Someone will recognize this woman … she has a name. Let’s give her the dignity of recognizing that she has left this world,” Ohio Attorney General Dave Yost said.

“One of the many responsibilities of the coroner is identifying our patients,” Hamilton County Coroner Dr. Lakshmi Sammarco said in the release. “Sometimes we have to go to extraordinary measures to do so. In those circumstances, we rely on our partners to assist us. BCI investigators have been very helpful in facilitating those extra measures.”

*Watch Gov. DeWine discuss the importance of coronavirus testing above.*

CLEVELAND (WJW) -- The Cleveland Indians have sent pitcher Zach Plesac back to Cleveland after violating team rues for COVID-19.

According to the Athletic, he reportedly upset teammates and club officials by going out with friends in Chicago on Saturday night. The team didn't want to risk a possible outbreak, so he was immediately isolated.

CLEVELAND (WJW) -- Here comes another 90 degree day! Temperatures warm up fast Monday, and we will be dealing with higher humidity levels as well.

‘It’s going to work’: DeWine says he is confident in mail-in voting for presidential election