CLEVELAND, Ohio — The biggest party Cleveland has ever seen is here!

The Greater Cleveland Sports Commission estimated about 1.3 million people are at the parade and rally to honor the Cleveland Cavaliers. That number was later increased to 2 million.

They took the NBA Championship title in Oakland Sunday, defeating the Warriors 93-89.

The parade began shortly after 11 a.m. and featured 60 units including floats, specialty vehicles, the Ohio State University Marching Band and the Cleveland Cavaliers.

At one point, Cleveland police asked anyone along the parade route to please move out of the way so that the parade could continue.

Here’s all the info:

The parade started near Quicken Loans Arena and is traveling through the streets of downtown Cleveland to a rally on Mall B. There will be a special program with entertainment, special presentations and celebrations.

Fans are lined along the parade route from Quicken Loans Arena, moving to Huron Road to Ontario Street, to Carnegie Avenue to East 9th Street and to Lakeside Avenue, ending at East 6th Street.

City officials suggest arriving to the area early to find a spot to watch the parade. The event is family friendly, and consumption of alcoholic beverages is prohibited.

Anyone carrying a backpack or large bags must undergo additional screening, police said. Coolers will not be allowed into the rally, and no tailgating is allowed, according to Cleveland Police. 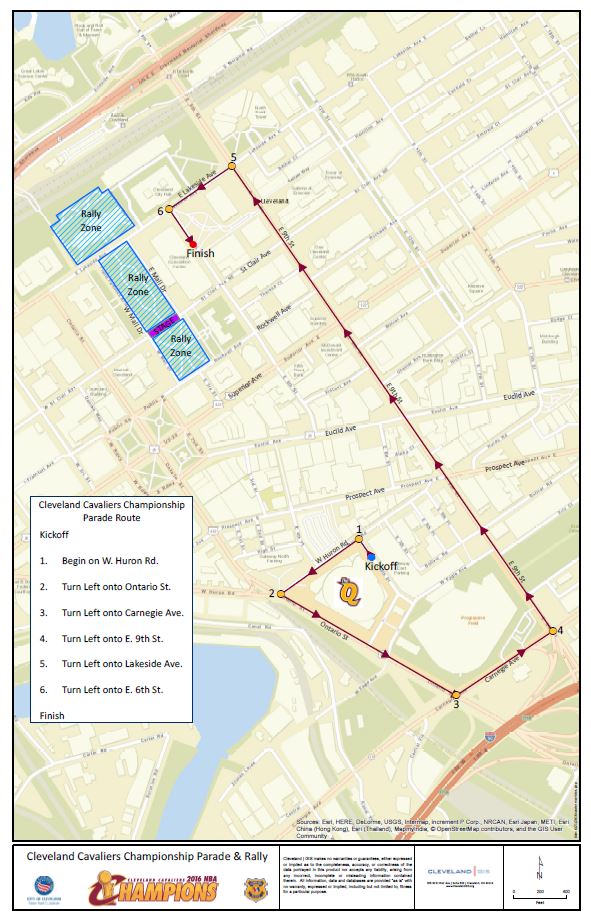 Fox 8 News was live on the air beginning at 4 a.m. and our coverage continues until 7:30 p.m. for 15.5 straight hours of coverage that will include the parade, the rally and our Fox 8 newscasts.

HOUSTON (AP) — Police believe an infant has been fatally shot by his 3-year-old brother after the older boy got a hold of a gun inside a Houston apartment.

Editor's note: The initially reported number of people involved in the alleged carjacking was inaccurate, and has since been adjusted.

UPDATE: Takoma Park Chief of police Antonio Devaul shared that Dixon is also being charged with the attempted murder of Michael Thomas, 36-years-old, the driver of the vehicle that he shot into. Dixon is being held at The Montgomery County Detention Detention without bond.

The suit alleges that MM Medical Supply sold tens of thousands of counterfeit 3M masks to South Shore Health System this year. The company led the hospital to believe it was an official 3M distributor, the suit says, and sold the masks at “exorbitantly inflated” prices.

Honda issues recall for defective fuel pumps in over 628,000 vehicles