CLEVELAND, Ohio — In an interview with People, Amanda Berry and Gina DeJesus speak out about why they are no longer close with Michelle Knight.

“I think we did like each other at one point in the beginning,” DeJesus, now 25, told People. But the women said Castro played mind games with them so they had reason not to trust each other. “Toward the end, me and Amanda started to open up and talk, and we became friends. Michelle and Amanda were struggling because I think [Castro] was playing them against each other so, I think, they never got along.” 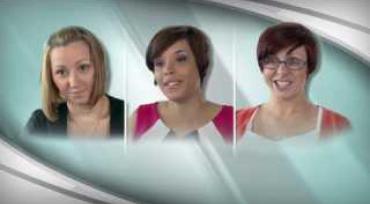 Berry also describes in the interview the ‘normal activities’ that she, DeJesus and Knight did during the time they were locked in the home of Ariel Castro.

The women survived being kidnapped, years of abuse and being held against their will in his Seymour Avenue home.

Berry told People in an exclusive interview this week that when Castro was out with his friends or gone for the night, the three women tried to do normal activities.

She said they danced, sang and watched “The Vampire Diaries” on TV.

“We would watch the show, and then for two hours afterward, we would talk about what’s going to happen next week,” Berry told People.

Berry said the three tried to stay hopeful and positive so they had a reason to survive the ordeal.

They were finally able to escape in May 2013. Castro committed suicide in prison.

Berry and DeJesus have a new book in the works, ‘Hope: A Memoir of Survival in Cleveland,’ written with Mary Jordan and Kevin Sullivan.

The book goes on sale on April 28.

Michelle Knight released her own memoir, ‘Finding Me,’ in May.

MINNEAPOLIS (Reuters) — With the conviction of former Minneapolis police officer Derek Chauvin in the death of George Floyd on Tuesday, prosecutors will begin turning their attention to making their case against three others who took part in the fatal arrest.

Tou Thao, J. Alexander Kueng and Thomas Lane, all of whom were fired and arrested days after Floyd died last May, face charges at a trial on Aug. 23 that they aided and abetted second-degree murder and second-degree manslaughter of Floyd.

CLEVELAND (WJW)-- The Cleveland Divison of Police is asking for the public's help locating a missing 11-year-old boy.

King Buford Robinson is from Atlanta, Georgia, and is staying with his grandmother, according to police.