NORTH CANTON, Ohio – It was an extraordinary celebration of life in North Canton on Sunday.

The Big Mike Memorial Motorcycle Run was held in honor of Michael Kerr, who died 10 years ago in a motorcycle accident. 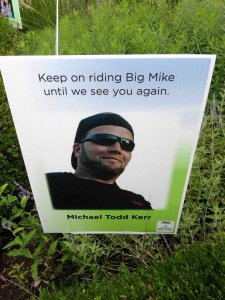 Michael was an organ donor, and three of the people who received his organs were on hand to take part in the ride.

Tom Beadle got a new kidney from Michael. He says he’s doing pretty good these days.

In addition to Tom, the woman who got Michael’s liver was in from Medina, and the man who received his heart flew in from New York.

Michael’s father tells Fox 8 that even though the forecast called for rain, 116 motorcyclists took part in the ride which raised money for LifeBanc.

(WJW) -- A 911 call is shedding new light on a "domestic dispute" that happened before Gabby Petito's disappearance.

In the call obtained by FOX News, a person tells the dispatcher that he saw a man "slapping the girl."

When can your elementary school kid get vaccinated? Here’s what we know

(NEXSTAR) – Fall has brought anxiety for parents and students across the country as children return to the classroom without the protections of a COVID-19 vaccine, but the option to get children as young as five fully vaccinated may not be far away.

On Monday, Pfizer said it's prepared to seek emergency authorization for children ages 5 to 12. That's the same clearance that allowed millions of adult Americans to opt for injections in the winter and spring.

SAN FRANCISCO (KRON) -- The Harvest Moon will be glowing at its peak Monday night.

The Harvest Moon is the full moon that rises closest to the autumnal equinox, which is Sept. 22, officially marking the start of the fall season for the Northern Hemisphere.

2 students taken to hospital after shooting at Heritage High in Newport News, suspect now in custody

‘No masks allowed’: Parents of at-risk baby asked to leave restaurant for not removing masks