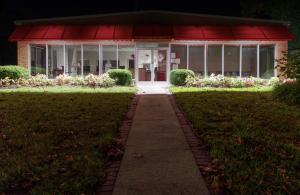 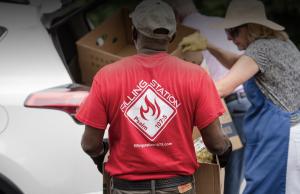 POLLOCKSVILLE, NORTH CAROLINA, USA, January 26, 2023 /EINPresswire.com/ -- Each year since 2015, the True Inspiration Awards program has granted $5 million to help nonprofits in the United States and Canada strengthen their communities. Award grants are competitive and range from $30,000 to $350,000.

This year, The Filling Station, in the small town of Pollocksville in Jones County, North Carolina, is in the spotlight. Launched in 2017 to help address the county’s nutritional needs, The Filling Station is one of 46 North American nonprofits selected as 2023 True Inspiration Award recipients.

“We are 30 miles from the coast and had no idea what was coming. Our region experienced historic levels of rainfall, and the rivers flooded to incomparable levels. The overflowing Trent River essentially destroyed the town of Pollocksville. Luckily, The Filling Station was on high ground, and we were able to serve the needs of the people in Jones County as an official disaster relief center,” added LeRay.

Less than two years later, the Jones County population showed a decline of nearly 10% in the 2020 census compared to 2010, falling from 10,153 to 9,172 people. Likewise, the Town of Pollocksville dropped almost 14% during the same period, with a population decline from 311 to 268.

“Out of necessity, our mission has expanded since opening in 2017,” said LeRay. “The Filling Station is helping to address the nutrition and education needs in Jones County, and we are connecting people with resources, learning programs, and each other.”

According to 2023 rankings, Jones County is one of the most economically distressed (Tier One) counties in North Carolina. Released yearly by the North Carolina Department of Commerce, the rankings measure population, median household income, per capita tax base, and unemployment in all 100 counties.

The True Inspiration Awards were established in 2015 to continue the legacy of generosity and community service of S. Truett Cathy, founder of Chick-fil-A. Tom Pike, Chick-Fil-A’s Operator in historic New Bern, just 14 miles from Pollocksville, nominated The Filling Station for the award.

“We are very grateful to Mr. Pike, Chick-Fil-A, and the True Inspiration Awards program,” said LeRay. “Their $75,000 grant will extend our work in Jones County and positively impact families for generations to come.”