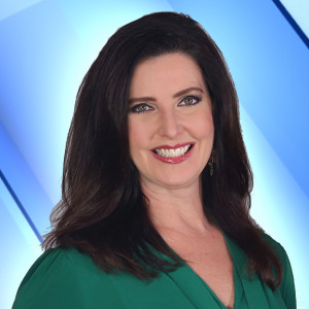 Stacey joined the Fox 8 News team as a general assignment reporter in September of 2002. Stacey is an extremely versatile journalist whose career has taken her face-to-face with presidents and placed her in the path of some of Mother Nature’s worst weather events.

Stacey Frey came to Fox 8 from Buffalo, where she received national attention while covering that city’s historic 2001 Christmas Week storms. That’s when the city of Buffalo was hit with 7 feet of snow in just five days. She reported for Fox News, CNN, ABC and other stations across the country, including Fox 8.
She lists President George W. Bush and former President Bill Clinton among her most notable interviews. Stacey also covered former first lady Hillary Clinton’s successful run for a seat in the U.S. Senate.

Prior to Buffalo, Stacey’s career included stops in Allentown, Pa., Binghamton, N.Y., and Scranton, Pa. She is a graduate of Scranton Central High School in Pennsylvania. She then went on to attend Penn State University and Christian-Albrechts University in Kiel, Germany, where she earned a bachelor’s degree in communications with a minor in German.

Stacey and her husband John reside in Cleveland’s east side with their young son, Aidan. Among some of her favorite things are the band U2, the color red and the movie “Gone With the Wind.” She enjoys reading, cooking, working out with her neighborhood trainer and hanging out with her son.