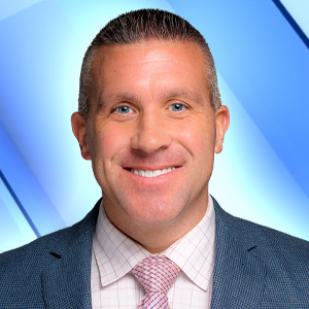 P.J. is back home. He returned to Northeast Ohio and joined the FOX 8 News team in June of 2011.

P.J. was Sports Director of WVVA-TV in Bluefield, West Virginia for over five years.

Prior to that he served as Sports Director of KAWE-TV in Northern Minnesota.

P.J. won the West Virginia Broadcasters Association “Best Sportscast” for his anchoring of the Greenbrier Classic in 2010. During his time at WVVA and KAWE, P.J. covered everything from high school football to NASCAR, the NFL, MLB, Division I hockey and even the PGA Tour. He also had the opportunity to work on assignment at the Sugar Bowl and the Orange Bowl while covering West Virginia and Virginia Tech.

P.J. is a graduate of Kent State University where he received a Bachelor of Science degree. To get the latest local sports updates and to find out what P.J. is doing.