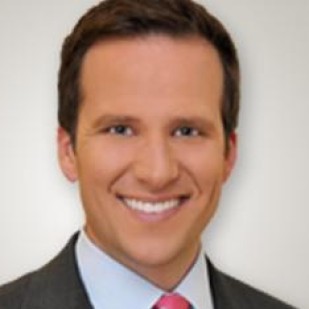 You can also see his reports during various newscasts throughout the week.

Mark returned home to Northeast Ohio and joined the FOX 8 News team in September of 2009. He moved to Cleveland from Salt Lake City where he previously worked at KTVX. Prior to working in Utah, Mark spent more than six years at WPRI in Providence, Rhode Island, where he was the weekday morning anchor and a general assignment reporter. He also worked as an anchor/reporter at WTOV in Steubenville, Ohio, and was a producer/reporter at WICU in Erie, Pennsylvania.

Mark is an Emmy and AP award winning reporter and former producer. He was awarded an Emmy by the Boston chapter of the National Association of Television Arts & Sciences in 2003. Mark was honored several additional times with Emmy nominations in Boston for his work as both an anchor and reporter. He also received multiple nominations by the Lower Great Lakes Chapter of NATAS in 2010 and 2011 for his work at FOX 8 News.

Mark has covered many major news events, including the 9/11 terrorist attacks in New York and a fire that killed 100 people in 2003 at The Station Nightclub in Rhode Island. As a reporter, Mark has interviewed presidential candidates and other politicians, actors and entertainers, plus thousands of “everyday people” who share their stories.

Born and raised on the east side of Cleveland, Mark graduated from Notre Dame-Cathedral Latin School in 1994. He is a 1998 graduate of the School of Journalism & Mass Communication at St. Bonaventure University near Buffalo, New York. While in college, Mark was an intern at WKYC in Cleveland and NBC’s TODAY Show in New York.

Mark is happy to be in his hometown with his parents, siblings and nephew. He now resides in Cleveland.