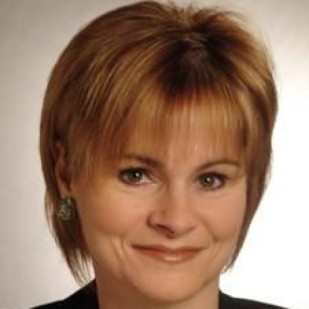 Lorrie is a nationally recognized investigative reporter whose work has saved lives, changed Ohio law and put criminals behind bars.

Lorrie Taylor is the recipient of a National Edward R. Murrow Award, one of broadcast journalism’s highest honors. She also holds two National Headliner Awards, five regional Murrow’s and several regional Emmy’s. Lorrie has been honored by the society of Professional Journalists with two first place awards for her work in the areas of Criminal Justice and the Environment. Lorrie has also been recognized by the Newspaper Guild of America for her work on behalf of troubled viewers.

After 24 years at Fox8 News, seven with the award winning Fox8 News I-Team, Lorrie now heads the Call for Action Unit where she works to educate consumers and solve their problems. After viewers complained their homes were being stolen, Lorrie exposed a local real estate company’s practice of taking homes from the poor and elderly. Her series of investigations led to the conviction and imprisonment of both company owners. An investigation of shoddy home improvements made through Cleveland’s Repair A Home Program prompted the city to open an investigation into work done on more then three dozen houses with a pledge by city officials to repair any problems found.

Lorrie has traveled the world on behalf of viewers in need of her help. A local physician and a Catholic Priest both received life saving kidney transplants after Lorrie investigated the government’s refusal to grant medical visas to their donors. Lorrie also helped reunite an Army veteran with his Vietnamese wife after the woman was denied entry into the United States.

Lorrie’s investigative work led to substantial reforms of the Ohio Athletic Commission and a change in Ohio law after uncovering State Official’s failure to protect amateur boxers from unknowingly competing against professionals. Lorrie also exposed a case of mistaken identity by the State of Ohio that forced a mentally challenged man to live without his family for thirty years. He’s now been reunited with his loved ones.

Prior to joining WJW in 1984, Lorrie worked at WRCB in Chattanooga, Tennessee as a host and field producer for PM Magazine. Lorrie also worked as an anchor, reporter and weather forecaster during her time at the station.