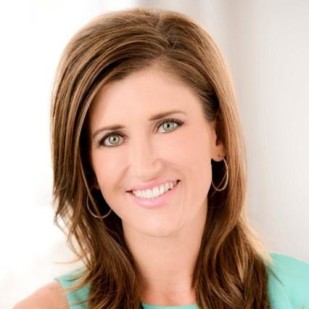 FOX8’s Elisa Amigo is excited to be the latest addition to the weekend morning show!

Every Saturday and Sunday morning, Elisa will anchor the news from 7 a.m. to 10 a.m. alongside Mark Zinni and Meteorologist A.J. Colby. After five years of reporting during the evening newscasts, Elisa is also turning her clock back during the week to report for the best morning show in town!

Viewers first became familiar with Elisa when she joined FOX8 in 2007 as a general assignment reporter. During her time in Cleveland, she has delivered everything from breaking news, daily stories and in-depth reports. She was one of the lead reporters during the capture of Nate Summerfield, an Ashland County man accused of murdering his estranged girlfriend. She has also covered numerous Presidential visits. And when the Northeast Ohio snow machine kicks into full gear, you can find Elisa in the midst of the storm telling viewers how bad road conditions are and what they need to do to stay safe. But not all of her stories are serious and hard-hitting.

Her most memorable story was a one-on-one flight with the Blue Angels. Elisa spent 45 minutes in the air twisting and turning upside down, pulling 6.2 G’s without getting sick!

Elisa’s work has earned her numerous awards and accolades. In 2008, Elisa won an Emmy for the “Best Weekend Newscast.” She also received an Emmy nomination for her “Continuing Coverage” on the case of accused serial killer Anthony Sowell. The following year, Elisa was honored as one of Northeast Ohio’s top “40 under 40” Hispanic leaders in the community.

Before coming to FOX8, Elisa was a reporter at WTVG-ABC in Toledo. She also worked at WHIZ-NBC in Zanesville where she received the Ohio AP 1st Place Award for “Best Reporter.”