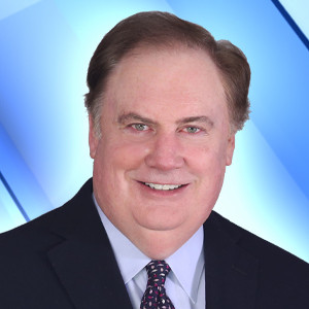 Bill Sheil is an anchor for FOX 8 and a member of its award-winning I-Team.

An attorney, Bill is the recipient of the duPont-Columbia Silver Baton – broadcast journalism’s equivalent of the Pulitzer Prize.

Bill’s stories are known for their impact and their depth. Some examples include:

1. A series that helped expose pedophile priests in the Cleveland area, and the pain they had caused over decades.
2. Reports on a terrorist who was the initial connection that brought Osama bin Laden’s organization to the United States. He was ultimately deported.
3. A series on the foreclosure crisis in Cleveland where Bill was asked to testify before Congress about his findings. The series was credited with helping Ohio receive an extra $172 million in foreclosure relief funds to help people stay in their homes.
4. Two series of reports over three years on the deepening heroin crisis – one that foretold how the problem would worsen, and one that helped search for answers to an epidemic that now kills more people in Ohio than car accidents.
5. The first story, nine months before an FBI raid, on the possibility of massive corruption inside county government in Cleveland. Federal prosecutors ultimately charged more than fifty people.

Bill is a former regional “Big Brother” of the year, as awarded by Big Brothers/Big Sisters of America.

He is a member of the Cleveland Broadcasting Hall of Fame.