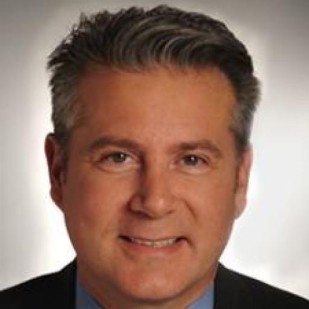 Bill Martin came to WJW in 1994, as co-anchor of the then hour-long early morning newscast. He later became field anchor for the 5 p.m. news before joining Fox 8 News in the Morning team in 1996.

After leading the morning show to number one in the ratings for more than three years, Bill was promoted to the 5 p.m. and noon newscasts in 1999.

Prior to WJW, Bill served as a reporter/anchor for WUAB-TV ( Cleveland) from 1991-94. He was a weekend news anchor at WPXI (Pittsburgh) from 1988-91 and since 1980, has had stints in Cheyenne, Wyoming, as well as Columbus and Dayton, Ohio.

Bill is the recipient of the prestigious Headliner Award. He is a multiple winner of Emmy and Associated Press awards for excellence in broadcast journalism. Bill was also inducted into the Ohio Television/Radio Hall of Fame in 1999.

The Buffalo, New York native holds a Bachelor of Arts degree in Communication and Media Arts from the University of Northern Colorado. He has a Masters Degree in Counseling / Human Relations from Liberty University and attended Ashland Theological Seminary. Bill is a licensed professional Counselor, a member of the American Counseling Association and the American Association of Christian Counselors.